The Way In is the Way Out

It is hard enough to communicate the meaning of DEMOCRACY so that it corresponds with every other interpretation of this word. This is a fact of our experience… a tree in 3-D is nowhere near the acoustic sound of TREE. We are stuck in a doughy mix of semantic proportions. In this mix we make cultural contracts that elicit the most functional outcomes. The Australian Aborigine who can name fourteen different types of sand to which the European can only utter one word – SAND has made a cultural contract that produces outcomes that guarantee the survival of the contractees. The most functional outcomes are those that guarantee survival.

We use that word survival as if we knew exactly what or who survives.

We all know that none of us is going to survive in our mortal bodies forever. We know this as a given fact just as we know that we are breathing this very instant. This kind of knowledge is not taught at universities – it is knowledge that is innate. The cultural constructs that allow communication in this particular time-space field are learnt. Is there a repository of innate knowledge that we can access that not only tells me what I am but also why I am? Who am I? is the question that propels this communication. 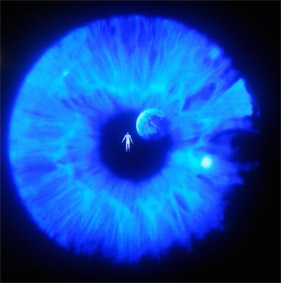 If it is the word – world that impinges on the experience of the wordless world then how do we contact it? The wordless world is probably our best guess as to where the repository of innate knowledge resides. This world is even closer to us than the associations that are streaming by your mind right now. These mental associations are the bricks and morter, the barbed wire across the threshold that hinder the exploration

We begin within a world that has never begun – it always was and always is and always will be. The word “always’ obliterates time. This world we begin with embraces time like it was the pearl in the oyster shell. It only appears to begin with the advent of brain static. From one point of view this world of no beginning permeates the spaces between neutrinos and quarks. From another point of view this world of no beginning holds clusters of galaxies, even clusters of universes within its ambit.

So, paradoxically we find that we are within this world-of-no beginning and that this same world is within us. It is as if our biological existence is an ephemeral chain of DNA that shimmers in and between two poles of Power. My bones are permeated with immortal matter; so are yours and hers and his. Slice a thread of hair and you’ll find that immortal matter locked in between the neutrino and the quark of the cells that allow you to see in your physiological eye.

This world because it is so intangible,so unknowable with brain static we will call the Mind World. Our only access to this world is our own selves. Don’t view this as psychology… try to see it as an aspect of mining. We somehow have to learn how to dig deep enough so as to begin mining immortal matter. In a sense we are the alchemist miners digging holes into our selves.

While we dig ourselves we are also digging the world of the senses. The way in is also the way out and both in and out are mined through as one strata of experience. Once we have arrived at the cavern we notice that we are apparently alone… terribly alone. The cavern of the Heart is where we truly begin to mine for immortal matter. Up until the discovery of this geography of our nature we were merely digging. As we pick up a nugget of immortality we notice that the cavern of the Heart is actually a gigantic cathedral that envelopes All Souls. Indeed, our aloneness was merely an illusion of a static filled brain. We are not alone – at heart we are ONE.

A shaman in a desert may be more effective in the  world than a scientist in a laboratory. By more effective I mean more in connection with real knowledge….direct knowledge….direct perception of the flow and the numbering that crystallizes into the geometry of our perception. This knowledge because it doesn’t fit into the categories of accepted consensus reality is more often than not ridiculed as mere myth…the myth of an invisible world closed to our senses five….so, a Tibetan guide in Nepal who can use telepathy to communicate  may have access to technology of which we in the West are blind to.

I believe that there is the possibility of psychic technology…technology of the psyche …which cannot only send messages between two living beings but can also carry messages from the dead and the not- yet- born…from the past and the future. (See the post “Is Consciousness a Function of the Brain or Vice Versa” in this blog for further discussion on this.)

You know as I am writing this I can sense my need to stand tall and declare myself a true believer in magic. This is not to say that the products of science are relegated to the bottom drawer. They are
different responses to the universe each with their place and time and usefulness. If I was  sick, I’d go to my local doctor AND pray.

The visit to the GP is the language that my conditioned self wrapped in the body recognises as a potent and powerful healing agent … the doctor in white is the witch doctor of our culture. The rituals and the drama of visiting your local GP and then having to go under the knife while in the twilight regions of anaesthetised sleep..all these are the expressions of the Consensus Reality we share.

The praying is directed to some other unknown dimension. It doesn’t matter what we call this ” otherness” because whatever we call it the word is never ” it”. This other realm has its own laws and practices.

The point is, it is not what I direct my energy to but whether I AM, or just automatizing my mortality. The more I AM is experienced the more opportunities there are for me to participate in the REAL world…the inverse world to the dominant paradigm.

The internet experience will provide an excellent analogue for the dynamics of psychic space, just as the hologram provided the analogue for the WHOLE as the ONE. The hologram gives us a static metaphor for the ONE – internet experience gives us a process metaphor for the movement of psychic energy. For a more detailed look at this possibility please see my post “Internet as Analogue of Akashic Mirror”. Internet experience will alter one’s conception of time and space. Whether this will be translated into the general overall consciousness of an individual I don’t know. My feelings are that only the individual part of us that wishes to trancend the familiar will have the chance to do so. The rest of us will sleep and automatize mortality. Our only hope is that more humans will wish to be online with the ONE. 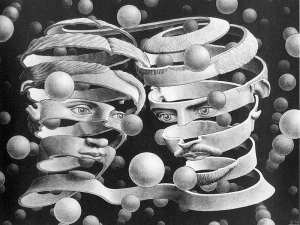 Internet as analogue of Akashic Mirror

Sometimes a concrete object can be a perfect tool for an analogy. A classic example used by many is the hologram as an analogy of the One, the Holographic Universe, where one piece reflects the whole. It brings to mind the ancient teaching of Hermes Trismegistus “As above, so below”. The Holographic Universe is alive and intelligent and every child, be it stone, bird or snake, of the Uiverse is the universe in miniature. Now, remember, the Holographic Universe is NOT the real universe, it is a description supported by a technological invention. However, the description and the idea it points to can make sense of the micro scale domain of quantum physics. It allows a possible approach to the fact of nonlocality. This is where two events separated by distance influence each other in violation of locality. According to the Holographic Universe analogue, they do because they are part of the One. The Earth, from this perspective can be seen as a Holonomic Brain (see diagram below from Jose Arguelles at end of post).

Hermes Trismegistus on a Throne

Now, let’s move to the internet, a more recent technology, what analogy can we draw from it? If the hologram gives us a static model which shows the connection between everything, the internet may give us a process, interactive, exchanging model of the that same holographic one. If Unity is the image evoked from the hologram, what can the internet image evoke? An info-living seamless web. String Theory? Don’t know, I’m not a scientist. But a living seamless web I can see and I can take it one step further – a living seamless webbing, a constant weaving of the matrix, of informational stuff. This informational stuff can be seen as “psi” stuff from the Greek 23rd letter psi which is used in parapsychological studies as the stuff of “mind”.

Can the internet as technology be an analogy of what some have named the “astral” realm? This realm according to occult lore is that space between the physical body and the immortal spirit. It is also equated with the “soul” in the Christian tradition of Body, Soul and Spirit.

What can the internet analogy show us as a correspondence in the astral – soul realm? According to occult lore there is a record of everything that has ever happened on Earth. They are called the Akashic Records. The internet has this magical capacity with a Google ritual. Just type in a word and in a matter of microseconds you will have every answer recorded globally on the net relevant to the word. For a Paracelsus in the Middle Ages to witness this would indeed be magic. The Akashic Records of the Middle Ages have now in the 21 st Century been vindicated as an informational/knowledge possibility. Sure Googling  the internet is only a millionth part of the Akashic Records – but even this points analogically to what may be possible from an Astral realm.

The unity of the hologram gives us frame, the web of the internet gives us movement. Why movement? The constant weaving of messages across the net gives us an image of an organic informational exchange, like neuronal activity. Yes, it gives as image the Noosphere weaving into webs manufactured out of crystal chips. This is what Jose Arguelles calls the “psi bank” as seen in the diagram below. Who knows, maybe we are witnessing the genesis of  a global mind. It has always been here, what has changed is humanity’s capacity to feel it. Funny that. On one hand we bemoan the loss of the hunter gatherer instinctual connection with Earth and on the other, the Silicon Valley microchip revolution with the internet has given us the possibility of a connection with Earth. The issue is more and more, as Moloch winks another sacrificial war, how to connect with the most archaic parts of our nature with the most contemporary. Archaic is in the Greek meaning of “arche” – the beginning, the first. What is the beginning of my nature? If we consider progress as an accretion over an instinctual – telepathic – holistic neolithic mind, then the genesis point of my nature is that which is not cerebral but more primeval. The danger is that we can allow the “inner reptile” take over and then we would be demonstrating the social realm of William Golding’s chilling “Lord of the Flies”.

This is where the “how” of spirituality comes in.

Is this what an Akashic Library looks like? “I have always imagined that Paradise will be a kind of library.” Jorge Luis Borges 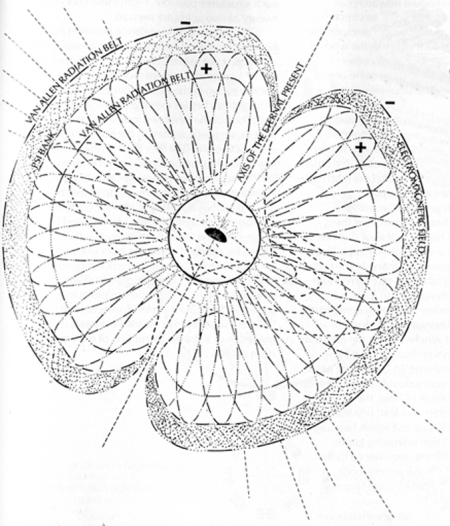