I wrote this rhyming “poem” on a day when I was pissed off reading stories about gurus and fake “holy” ones who have expensive cars and luxurious life styles so that they can smash the stereotype that the “sacred” is somehow tied in with voluntary poverty. You don’t need me to point out the orange and the lemon people, the boy swami who smiles with a diamond glint from his teeth, the guru who teaches prosperity while touching up sweet  boys and girls.

I know, it’s not just the New Age types that do this, what with paedophilia and rampant materialism in the church, the synagogue, the mosque and the temple.

Sitting on top of this icy mountain
my eye gazes on this dicy situation.
Nation on nation fall in rotation
while I’m on my long vacation,
here in my last reincarnation.

Liberation is here in my corporation
sign off your isolation with a donation.
Give me your adulation and veneration,
I’ll guarantee there’ll be no more damnation
here in this holy reservation.

Living in a Maze

Are we “rats” living in a maze, a labyrinth in which we do our thing as sleep walking voyagers in a multidimensional maze of flesh, bone, muscle, life, thought and soul energy which has as its determining edges and surface – ordinary life, consensus reality? We get lost in this labyrinth, this maze through our habitual reactions and our mind’s tendency to reduce everything to the familiar. Is the “world a vampire” as the Smashing Pumpkins put it? I believe it is, when we live our lives as robots giving food of our being to the forces around us rather than making the extra effort to BE. The big question is HOW to be and I believe an approach to this answer may lie in the fact that the “rat in the maze behaviour” may be the habits of our biological destiny locked in the “mind forged manacles” (William Blake) of our attitudes.

If we acknowledge this then we may be open to the possibility for help from another level of existence, a level above the maze of consensus reality. Consensus reality, to me, is the wall to wall world of the labyrinth that appears automatically to our senses five in this culture. It is the reality that statistics places under a Bell Curve and measures standards and their many deviations. Consensus reality is the “common sense world” where Newton‘s Laws hold sway though we may know of Einstein‘s relativity and quantum physics. Consensus reality bases itself fundamentally on the dichotomy between I – and – the – world, I the knower and the world – the known. In this consensus world we do our shopping, we make love, we learn, we walk, we talk, we climb mountains, we give birth and we bury our dead. This consensus reality is what we naturally know, this is the world which Blake’s “Vegetative Eye” beholds. 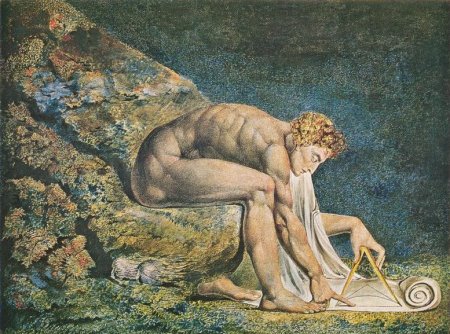 Blake’s Newton (1795) demonstrates his opposition to the “single-vision” of scientific materialism: Newton fixes his eye on a compass (recalling Proverbs 8:27)

It is difficult to speak of consensus reality because the language used to speak of it can be seen to be the guiding parameters of the / this world. Each language, thus each culture has its own consensus reality. The Inuit people who can discern over 20 different types of snow and white hues, the Aboriginal people of Central Australia who discern many different types of sand demonstrate different consensus realities which have “facts” that the western positivistic consensus reality does not acknowledge. We can go further and say that one consensus reality (a reality consented to by the participants) may include events and actions which through the window of another consensus reality would appear to be miraculous or impossible. To one reality this piece of ground means an energy resource and dollars, to another the same piece of ground may be sacred and the navel (Omphalos) of the world. Of course we have the Common Ground on which we stand and live within the Common Maze and thus communicate with our diverse languages and translations of same.

I’m interested in the realm outside the maze, the a – maze. This is where the allegory of Plato’s Cave makes amazing sense. Check out this diagram it “tells” Plato’s story in few words. The cave is the maze, is the world of senses five, the beholden of the Vegetative Eye.

Plato's Cave - the sunlight is the Light of the Real World, the shadow world is the world seen through the Vegetative Eye.

What I’m saying in a round about way is that there are as many realities as there are consensual agreements. These realities have their own maps and means of orientation. The western positivistic reality is just one. It may be possible to change channels and tune into other frequencies…using the language of the net – we may be able to browse other patterns of meaning and thus participate in another reality. The trick is to be able to shift.

Having said all that, I use the above as my departure point when I attempt to manifest events which may assist in reducing the suffering of sentient existence – both my own and others.

The next question that arises from this is HOW?  Traditionally, the work which makes the HOW possible, the “technology” has been known as Magic. Later posts will explore this.

I can’t remember where this quote came from but I totally agree with it, “The GOAL is to become so aware of all of the levels of all of the forces determining your behavior that you can make a Real Choice.”

This real choice is the foundation of one’s true freedom. 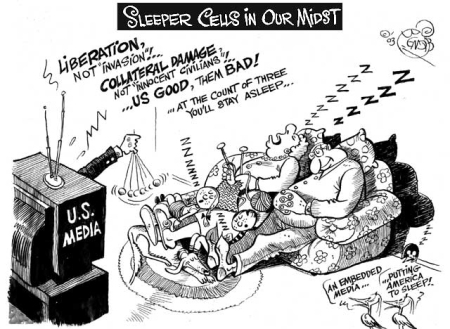 So, we sleep in our caves and those in power can tell us any old story that we believe in our hypnotised state.