From an Angle to Angelic Vision

Below is something I wrote some time ago. I still agree with most of its sentiments. I was in a kind of reverie when I realized the direction that Pythagoras‘ thought was taking me. According to Iamblichus of Chalcis, Pythagoras once said that “number is the ruler of forms and ideas and the cause of gods and daemons.” His statement that a stone was frozen music resonated with me.

Below is a scan of my  original notes. Excuse some of its exuberance. 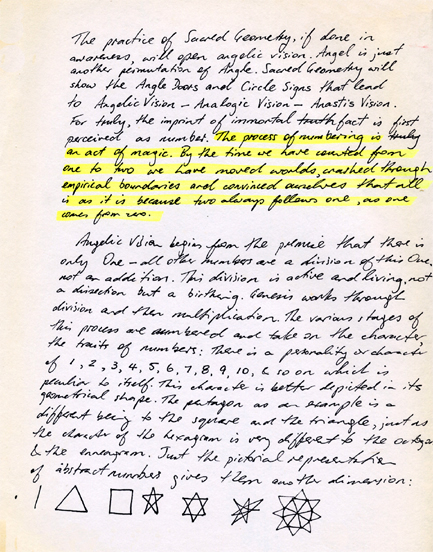 This entry was posted on Sunday, March 29th, 2009 at 4:35 am and is filed under alchemy, consciousness, divination, hermes trismegistus, Iamblichus, philosophy, Pythagoras, symbolism. You can follow any responses to this entry through the RSS 2.0 feed. You can leave a response, or trackback from your own site.

2 Responses to From an Angle to Angelic Vision