I am sometimes mystified how people always seem to connect alien intelligence with Extra Terrestials (ET’s) as if there aren’t
enough alien intelligences on Earth when you compare our human intelligence with other forms. OK – we have the obvious differences between us and monkeys and dolphins and dogs and cats and snails and snakes etc but when we move away from
so called “sentient” beings into the realm of plants and minerals, most people assume that intelligence is non existent. Peter Tompkins wrote a book called “The Secret Life of Plants” where he showed plants having feelings and that they communicate
these feelings. 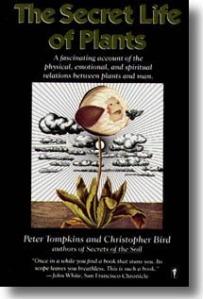 Now, I can’t remember whether it was Terence McKenna who pointed this out or someone else, I do know that it didn’t spring from my forehead, that one can look at communication across species in a unique way.

We know that bees communicate by dancing in the air, that octopii (or is that octopussies 🙂 communicate visually with colour changes in their skin; that whales through singing – now, this is communication amongst themselves. How would communication occur between two very different orders of life eg humans and plants? Well, someone (I can’t remember who), wrote that communication between plants and humans happens when humans ingest either by eating or smoking, plants. The
altered state of consciousness that occurs by this act is the plant itself communicating with humans!!

So, from this point of view an alien intelligence communicates eloquently with human intelligence by the pharmocological exchange within our being. Way beyond words and images something occurs in our consciousness which is a communion with the Earth via the “priestly” mediation of sacred plants.

Food of the gods indeed!

This entry was posted on Friday, August 21st, 2009 at 4:55 am and is filed under alchemy, attention, consciousness, personal, philosophy. You can follow any responses to this entry through the RSS 2.0 feed. You can leave a response, or trackback from your own site.

One Response to Communicating with Alien Intelligence