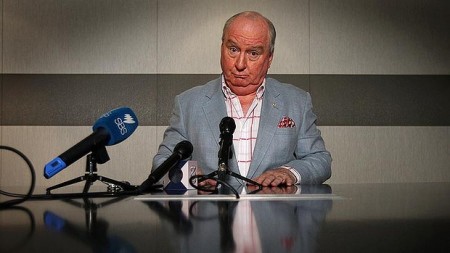 I don’t often write posts about Australian politics here because I don’t see this blog’s purpose as a day by day commentary on Down Under politics. However, I think this post is relevant to the general vibe of Journeys and Star Gazing.

For Australians, Alan Jones epitomises the worst of talk back shock jocks – well, at least for most Aussies. However, for some he is the Talk Back Messiah – the delusional Australian Tea Bag who hides his sexuality behind ultra right wing tirades against anyone or anything that has a slight aroma of progressive policy.

Recently he caused quite a stir when he stated that the Australian Prime Minister’s father died of shame because of her.   When he was forced to apologise by social media outrage his apology became another excuse to justify his right wing rantings.

The man is an embarrassment to Australia.

Giordano Bruno was the bold harbinger of a new cosmology during the Italian Renaissance. Illustration by James S. Arthur

Giordano Bruno ( born 1548 died 1600) was an Italian philosopher, mathematician and astronomer of the Renaissance. His cosmology went way beyond Copernicus where he suggested that the Sun was a star like other stars. Just click on this link where you will get essential information about him.

Now what does a mystical mathematician and geometer, a genius of mnemonic systems and a heretic burnt to death by the Catholic Church have to do with this creep Alan Jones? It is not generally known that the Sydney radio station which carries the virus memes spouting from Alan Jones’s mouth, 2GB, is named after Giordano Bruno. Yes, 2GB stands for 2 Giordano Bruno. If I tried to invent a more diametrically opposed polarity of consciousness and expression I couldn’t. On one end of the spectrum of consciousness we have a being whose awareness and courage extends way beyond our Solar System and the other we have a being whose awareness is even smaller in circumference than a London toilet bowl.

So, how has this juxtaposition happened?

Later the station was bought and sold a number of times until now it is operated by purely commercial interests.

Here we are, just over an 80 year time span, where we have the spiritual and artistic aspirations of the Theosophical Society emanating from 2GB to the devolution of a radio station transmitting material from a limited and fractured ego of a materialistic and shameless mouth piece – Alan Jones.