People have asked whether there is an “archive” of the various human rights actions which I’ve been involved in over the years. I have recorded some of these on this blog but I think one page which takes you to these stories may be useful.

I am aware that there are many people who have done some incredible work supporting social justice and human rights but no one knows about these. Many people across the world do think globally and act locally but we don’t hear about it. One reason is that mainstream media quite often does not tell or record these actions and we find these local actions don’t even make a footnote in a local history book, let alone in a “big” history book.

So, I’ve written about some of our local actions just so people do know about them.

2020 – what a time to be an activist! I can’t help but reimagine some of the stuff we did before Social Media, before Go Fund Me, drone photography. Maybe, the Flotillas of Hope could have raised so much money we could have chartered some boats?  We wouldn’t have needed a giant Kite with a camera to film the refugees in Woomera. A drone would have done the job magnificently.

Anyway, there’s lots of opportunities and means to fight for social justice today with the technology available to all of us. 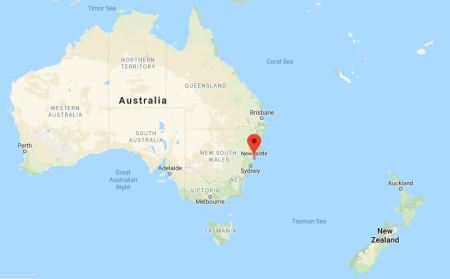 I am listing these local actions in chronological order with a short description.

The Cultural Stomp had its birth in 1997 when Pauline Hanson launched her One Nation Party in Newcastle. We decided that she wasn’t going to launch it without hearing what we in the Hunter felt about it. We formed a group we called Cultures in Action and every year since 1997 for ten years Newcastle celebrated its cultural diversity in Civic Park.

Refugees and Asylum Seekers held a hunger strike in this detention centre stuck in the South Australian desert. Some people in Melbourne decided to organise a Festival of Freedoms at the Woomera Detention Centre. Hunter Organisation for Peace & Equity joined them and we became a Caravan, a HOPE Caravan.

With all the racist crap pushed by the Liberal National Party we thought that Newcastle should become a Welcome Town for Refugees. For those not in Australia, the conservative right wing party which aligns itself more with the USA Republican Party & UK Tories is called the “Liberal” Party. Yes, one couldn’t get a more Orwellian name for a political party than that.

This was another detention centre stuck in the desert. HOPE Caravan, along with many others from around Australia decided to pay it a visit.

While we talked about the possibility of visiting the most isolated gulag in the world at Nauru most thought it was an impossible dream. But we visited the island.

Flotillas of Hope – Another Aspect.

The whole project from its inception to the actual journey exhibited much more than just a sailing trip.