Life Force Explorers and their demonisation

I’ve been reading “Mesmer – Between God and Devil” by James Wyckoff. It is a biography of a man who many say was  behind hypnotism, the true father of modern psychiatry with the line passing from him through Braid, Liebault, Charcot and Freud.  If alchemists were primitive chemists, Mesmerists were primitive psychologists. ( I don’t believe that alchemists were that but the analogy holds.) He was also known as a great charlaton who conned people with his eccentric ways. Indeed, the scientific and medical establishment of the time (late 1700’s) treated him as a heretic and a fake. 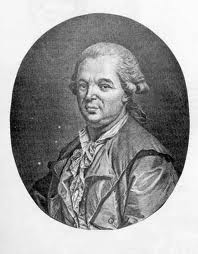 So, which was he? A man way ahead of his contemporaries and that was why he was misunderstood? A con man seeking fame and fortune using chicanery and fake rituals to make money out of his hapless victims? Or something completely different, something that our categories cannot box in…. Between God and Devil?

What I found interesting in this book is the idea that there is a psychosomatic continuum – a life force that is both in the body and mind and that this force is magnetic in nature. Magnetic? Visions of iron filings stuck like fine hair on a magnet, two small magnets repelling each other because they turned their faces to each other, moving a needle across the page with a magnet under it, making it seem that the needle moved on its own accord. This is magnetic from my experience. So, what does it mean that humans at core are magnetic beings? Why, when someone as well meaning as Mesmer, tries to tell people about this force and how to use it for good, do they get persecuted, at times burnt, hung and poisoned? The deeds of Mesmer were witnessed by all the power holders of the day – the academies, the politicians and royalty. Everyone who witnessed the actions had their own interpretations. This was more than seeing glass of water as half empty, half full. This was seeing clear water or poison.

Something similar happened to Wilhelm Reich in the 20th Century. He was another life force explorer who was treated as a quack outsider. I know that the life force exists. Reich called it orgone, Reichenbach called it od, ancient Chinese called it chi or qi, Indians – prana, Polynesians – mana. It is real and it can be “used” eg Acupuncture and Kahuna healing / magic. 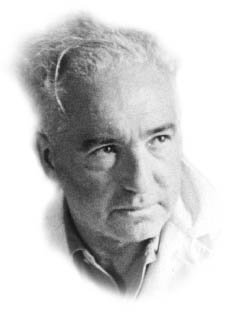 What is this magnetic core within humans which extends outwards from the physical frame? What is this magnetism which is connected in some mysterious way to planetary forces? Has it something to do with Sheldrake‘s “morphic resonance”? Is it a more coarse aspect of the astral body?

Why is it when someone wishes to explore this life force and makes some very useful discoveries which can benefit humanity, they get incarcerated and treated as insane? Has it something to do with the medical – industrial – pharmaceutical – academic establishment that does not want to consider another alternative perspective? Is it because this different way of looking at things may make their dollar making / status hierarchy obsolete? I think it is this and far more.

Check out the links above and I will write another post about this later.

If anything the twentieth century will be remembered as the century that matter disappeared according to our high priests of Science. Twentieth Century physics has dematerialised matter before our eyes and under our touch. Further it has given a pattern of nothing as the source of the dematerialised matter. When I write “nothing” I’m referring to “no thing”. While we prang our dematerialised cars and battle over dematerialised resources nature continues to create and make life with her templates. These templates aren’t material, unless you consider subatomic vibrations matter. These templates are more like magnetic resonances – wavicles, perhaps, that influence and direct the exteriorization of the tree, the flower and the emu. These morphic resonances, as Rupert Sheldrake calls them, operate in the region of no matter, inside nothing.

As we witness the shift from a material world to the immaterial world we are also experiencing a fracturing of the idea of specific location in space – telecommunications in all its diversity is bringing the globe to one’s home. Video conferencing in virtual rooms with participants from all over the world are a reality now. The next step is to produce a lifesize holographic moving image – holographic TV – with global video conferencing capabilities. Chat Rooms on the internet screen will change to Chat Rooms in your living room with cyber holographic avators for company. The idea that you can’t be in two places at once will be even more untrue.

So, we have one trend that is dematerialising and another that compresses distance.

This is true from a global view.

The global nervous system (that is in one of its foetal stages) of telecommunications has connected all continents and every square inch of the earth’s surface has been traced by geostationary satellites. Google is photographing every street and house being used as locations on their Global Map. GPS enabled mobile phones and in car mapping shows that we are now immersed in an electromagnetic mist of data.

We walk on earth, we drink water, breathe air, need the heat of the Sun – what is the experience of electrographic data ( telephone, TV, internet, GPS, satellite communications etc) ? We don’t eat it, drink it or breathe it and yet it is an element of our experience and it is permeating our being more everyday. What are the implications of our immersion in this “matter”. 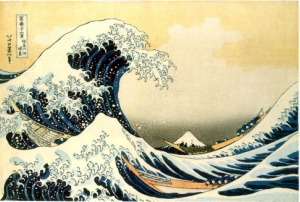 There is baptism by water and by fire. What is this baptism in electronic – data mist?