Someone asked me the other day, “So, how do you use this astrology stuff?” Good question.

Firstly, I’m not that interested in personal horoscopes, you know, character identikits made from cook book recipes. Don’t get me wrong, I believe there’s a lot to it, it’s just not interesting for me.  Mind you, I have analysed, synthesized and delineated my own horoscope and my immediate family. I have also done it for friends and with the software available now, if you wanted, you could just read the automated printouts and you would find some meaningful statements. Does this mean that a software produced cook book reading of astrological data shows that there may be an objective meaning to astrology? No, not necessarily because of the predisposition of human psychology to find patterns of meaning almost anywhere so that software output can be read as if it is uniquely true for the reader. This is the phenomena called apophenia, a term coined by Klaus Conrad in 1958 ( http://en.wikipedia.org/wiki/Apophenia) which is the experience of seeing meaningful patterns or connections in random data.

After going through the narcissistic labyrinth that new students of Astrology go through (in ways akin to Freudian psychologists who have to be psychoanalysed before they call themselves psychoanalysts) you are left with the bare essentials. Why does “Mars” mean something different to “Venus”? What is this “something” that elicits the difference? Is this “something” made up in my mind with no connection to the “real” world? Obviously, the “something” that I deal with in astrology does not have to do with Mars rocks and Moon dust or Venusian heat, though in some contexts, it may very well do.

The meaning that arises from considering a horoscope is similar to that which arises from a mandala, or even a playful glance at Rorschach ink blots and clouds drifting by.  The meaning is not implicit in the horoscope or clouds that float by but rather in what is evoked in the reader / observer.

So, if this is the case, then why bother studying something that has no overt connection with the meaning extracted from it? Why don’t we just slaughter an animal and read its entrails, like some ancient people did? Well, it’d be messy and besides, it would not be a loving gesture to another sentient being. Well, why don’t we just read tea leaves, coffee grounds and cracked tortoise shells (the origin of I Ching hexagrams)? All of these carry something other than just the object observed. They carry a history, an accretion of observations and readings that assist the reader ascertain meaning. If someone drops a bucket of sheep entrails, with the liver in a dominant position, how would one know where to start reading it? There would be nothing to inform a beginning, a middle and an end. The history, or the tradition of readings that come with entrail reading would at least give the reader a start. The question then becomes, why would the history / tradition of readings carry any weight in meaning, at all? The tradition may well be full of misguided, random guesses systematised to give the illusion of structured meaning. This is what sceptics of Astrology, Tarot and the I Ching say in their own words. And, you know, I have no problem with this conclusion. 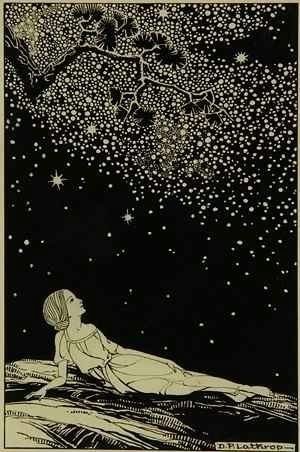 If I have no issues with the stance of a sceptic, then why do I still dowse for meaning in Astrology? If I was dependent on reading passing clouds in the sky for situational prognosis I would not have an on call “object” with which I could play for meaning because, each moment the cloud changes shape and may disappear within a short time. However, a structure, a blueprint that has its origins in Number and can be called on at any time has the possibility of a systematic reading. Astrology and the I Ching, even the Tarot have as their foundation Number. Notice how I use the capital letter “N” here for Number. Number to me is a living Being, it is not just a quantity, but a Quality. Number, for me has Pythagorean connections. Have a look at an earlier post called Time Body https://dodona777.wordpress.com/2009/08/23/time-body/, also check the post https://dodona777.wordpress.com/2009/02/16/is-consciousness-a-function-of-the-brain-or-vice-versa/

It is Number that speaks to me in its geometrical placement. All Astrology is geometry and the meanings that ensue from the horoscope are numerological.

I know this raises more questions and perhaps I will write some more on this later. I also know that I haven’t answered the original question of this post, “So, how do you use this astrology stuff?”. I will attempt a short answer. Astrology gives me the means to step outside my ordinary sense based mindset and to approach a world that is non – sense based. So, is it nonsense? Yes, but in a way different to the ordinary meaning of non sense 🙂